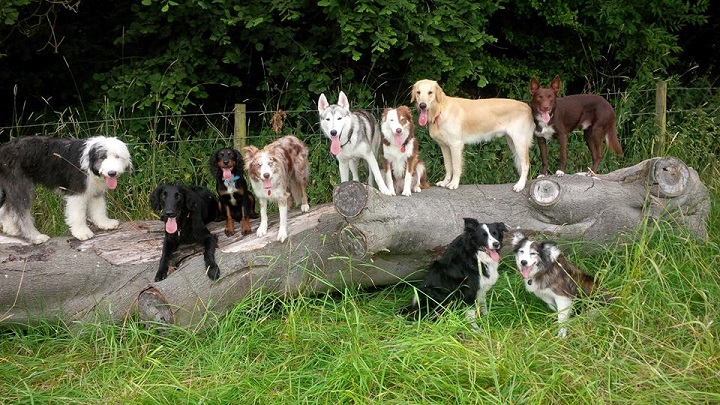 Hayley Laches is our dog trainer. She qualified with the British Institute of Professional Dog Trainers and has been training dogs for approx 15 years. She is also a fully qualified Kennel Club Agility Judge. 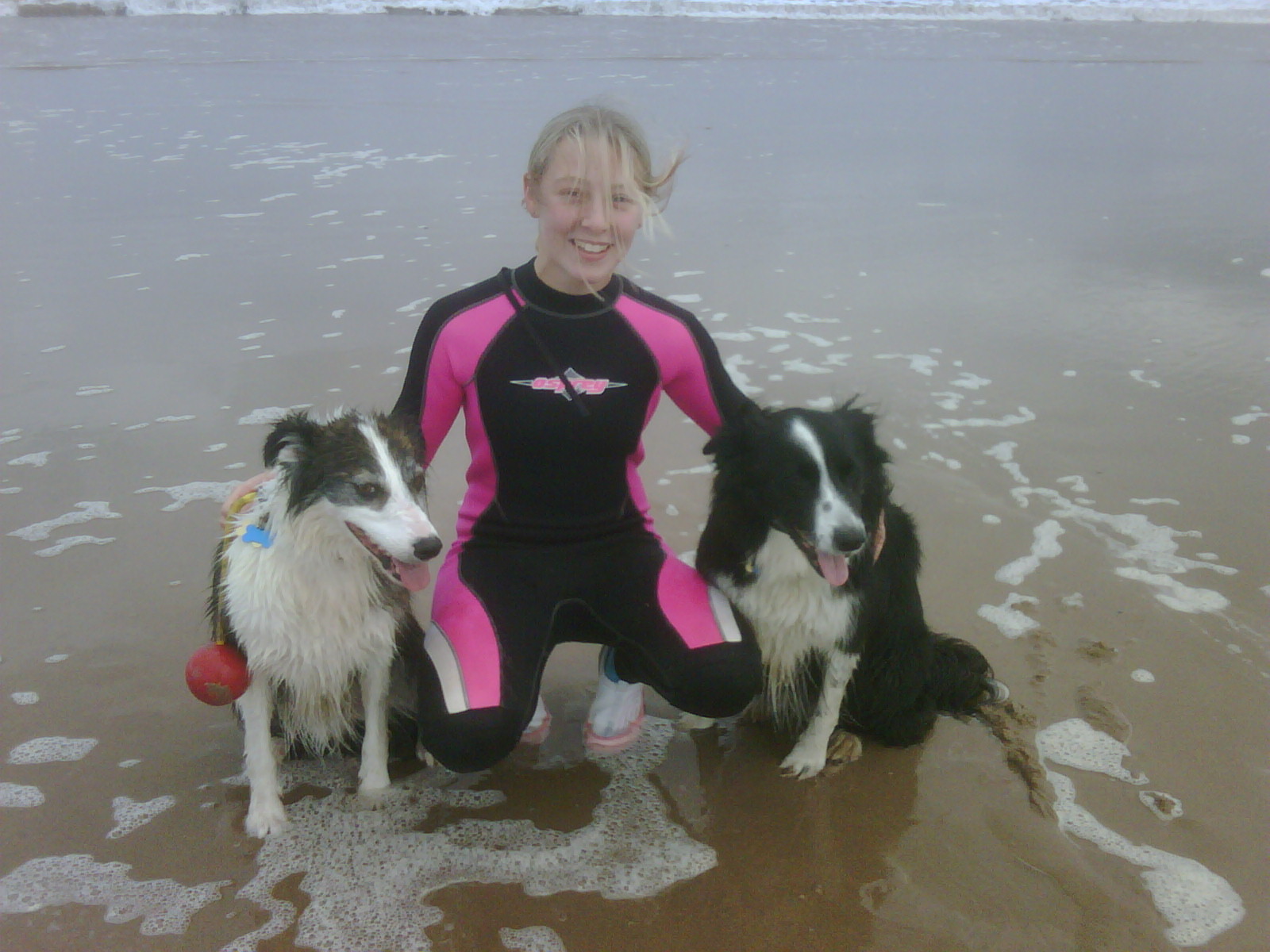 It all started with her own puppy with fun obedience and agility not to mention all the fun tricks she taught him by herself. They progressed through the Kennel Club's Good Citizen Dog Scheme very quickly and were soon in the advanced class. Following this, she went on to try her hand at agility. She immediately caught the agility bug and as her experience grew she then started training and running other peoples dogs for them. When she applied to attend the instructors course run by B.I.P.D.T (British Institute of Professional Dog Trainers) they enquired about her experience and knowledge before accepting her onto the course. She passed her 2nd grade before going back the following year and passing her 1st grade with Honours.

Since attending and passing her courses she has set up her own dog agility classes in the Redditch area and run them for about 6months. Unfortunately, the premises that she was hiring for the classes changed hands and the new owners had plans that didn't involve dog training!

Since then, she has recently moved to Leamington Spa and has now found the perfect venue to run her agility classes.

Early in 2013 Hayley passed both of her exams and is now a fully qualified Kennel Club Agility Judge.

Previous to this Hayley worked at the Dogs Trust in Kenilworth and learnt many different skills with the wide variety of dogs that went through there every day. This gave her a valuable insight into the behavioural aspect of dog training as she got to work with many many dogs, each with their own individual issues including aggression to both people and dogs. Whilst she was working for Dogs Trust, in her spare time she did private sessions with people in their own home to help them overcome certain behavioural issues.

She has a real passion for making dog training a fun and enjoyable experience.

Currently, she is working as a dog walker in Leamington Spa, Warwick Coventry and surrounding areas.

From 1st September 2014 - Hayley has now taken over as the head of the BAA (British Agility Association) and is looking forward to running more agility shows! The schedules and the entry forms for the shows will be uploaded onto the BAA website - www.baa.uk.net - as well as being uploaded onto the agilitynet show diary.

Using distance handling and independence training, following an incident which left Hayley in a wheelchair for 8 weeks then on crutches for a further 3 months, she continued to compete. Her dogs complete understanding of their job in hand meant it was irrelevant to them whether Hayley was running with them or not. She it still undergoing physio but has now been given the go-ahead to do agility/jogging again -18months later!
Using distance handling, Atom won up a couple of grades and is currently competing at Grade 6. Her other dogs are as follows:
Ash - Grade 5
Merlin - Grade 3
Aslan - Grade 4
Diego - Grade 5
Nova - Grade 4

Sam is now fourteen years old and can be seen here enjoying the vast amount of snow that arrived out of the blue! Sam did obedience, agility and fun tricks. He entered his first agility show and went clear first time! He never got to compete after his first two shows due to a leg accident one day whilst out walking. He is a much loved family pet and we wouldn't be without him. 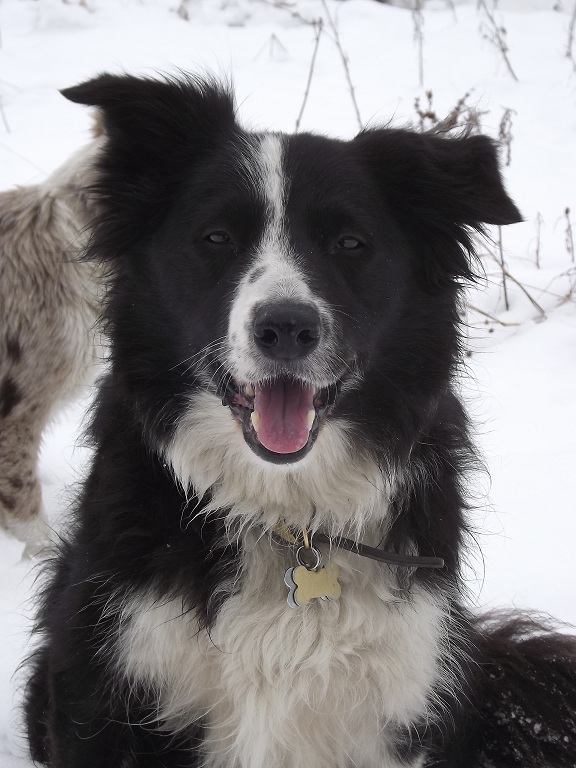 Chip is about 12 years old and is a collie x lurcher. He has been with us now for about 7years. Chip is an ex gypsy dog who if he didn't fight didn't get to eat so to start with he wasn't great with other dogs. Now he puts up with the pups chewing on his ears! A really sweet dog who loves his cuddles but really doesn't have many brain cells! 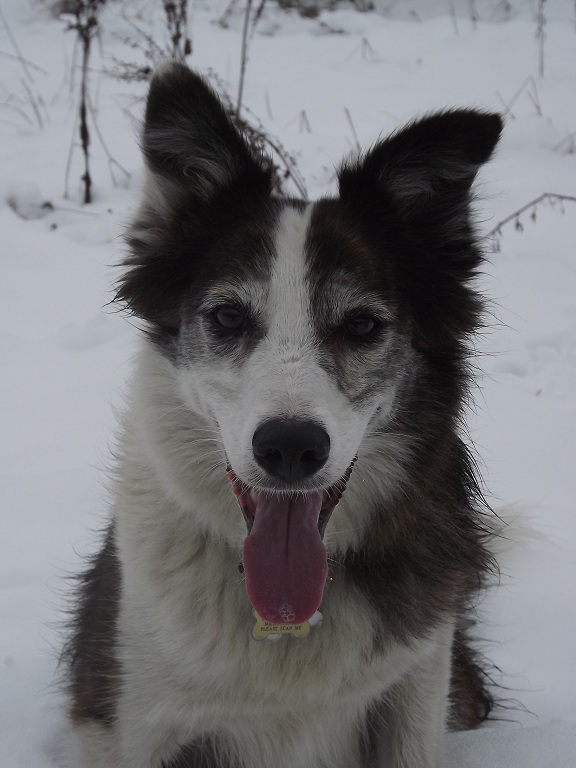 Ember turned 4 years old on 4th August 2015. She is a red tri collie and certainly lives up to her colour of a fiery red head! She is so eager to please she is our dancing queen. She enjoys the A-Frame but other than that has made it very clear that agility is not for her! She much prefers spending her time with me learning new things. She can be seen doing her first ever doggy dance routine at warwick carnival in the video section. We had only been doing dancing for 2months when we did that routine. She has since taken up doggy dancing and has even two freestyle competitions and won both of them! 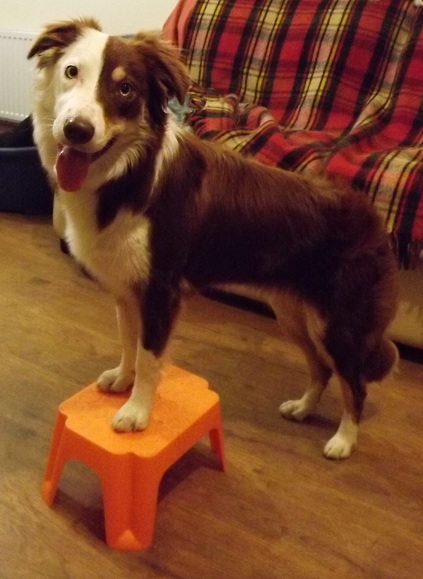 Ash is a red merle collie who turned 4 years old on 16th august 2015. He is a typical psycho agility nut of a collie and most of the pictures that we have of him doing the equipment are blurs! He is the most loving of all of our dogs and he makes sure he gets his bedtime cuddle every night. He is very eager to please and his enthusiasm is amazing! He does everything at 100 miles an hour! 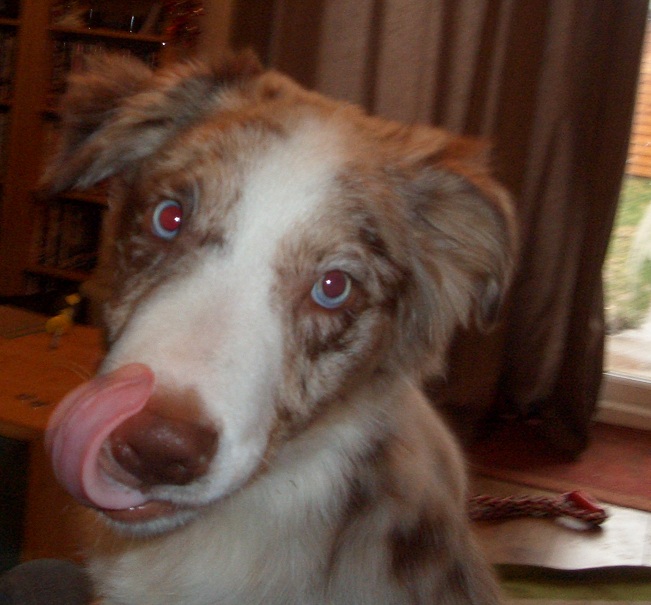 Merlin is a flat coated retriever who turned 3 years old on 7th April 2014. Both him and Ash are the clowns of the family but Merlin does everything at less than half of ash's speed! A sweet cuddly boy who is into everything at his age. He is just a pet although he does enjoy doing what agility he can follow ash over or through... preferably if he is attached to ash's tail! Very foody so motivation for training should be good! 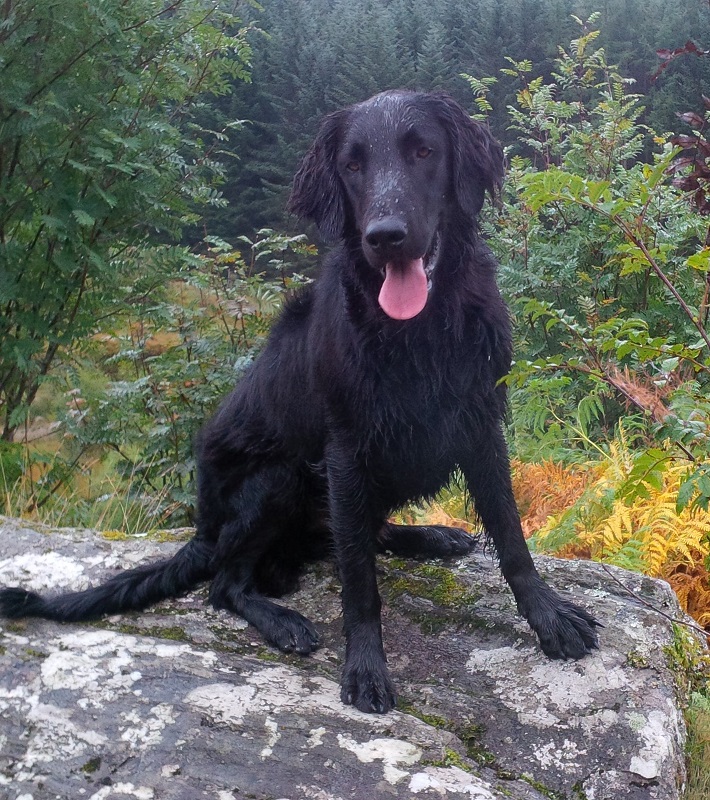 Atom is a kelpie. At 8 weeks old he was into everything... including agility! he managed to escape into the agility field and took himself through the tunnel and then got halfway up the a-frame before he was captured! He is a lovely little dog who oozes confidence and he turned 2 years old on 12th August 2015. He entered his first national championship this year at the UKA Nationals show. He got through round 1 and round 2 to compete in the final on the saturday. Hayley was running with cracked ribs due to an accident 2 weeks prior to the show. Still they came 2nd in the United Kingdom National Finals and were beaten only by 2 seconds by a lady who regularly competes at the worlds and the european open!
Following an incident when out with the dogs one day, Hayley ended up in a wheelchair for a while before continuing to compete in agility first on crutches and then using distance handling. During this time Atom won his way up to grade 6! 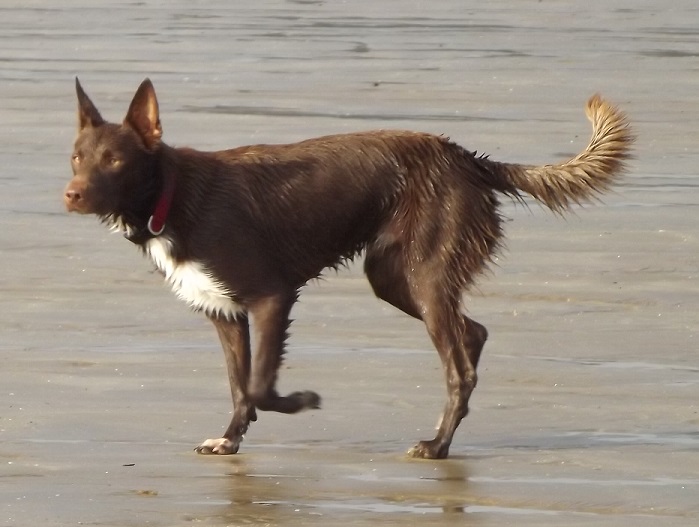 Diego is a tri-coloured working cocker spaniel. He turned 2 years old on 23rd August 2015. He struggles with his confidence a lot around dogs that he doesnt know so hasn't done much competing yet at shows with open rings. His confidence is improving slowly so hopefully next year we will be able to do a bit more on the agility side of things. He is most confident when he is around his brothers so they are slowly bringing him out of his shell around the rings.

Aslan is a yellow flat coated retriever who turned 1 on 8th January 2015. Aslan came to us as an older pup due to only having till the end of the week! Sadly yellow is not a recognised colour in flat coat retrievers even though the colour has been in the breed since the beginning! He was so gorgeous we couldnt think of anything happening to him so home he came. He has such a lovely nature but can be a little Derr at times!!! He is doing agility and enjoying it so far, although don't ever think he will be a very competitive dog as he likes to say hello to everyone too much! 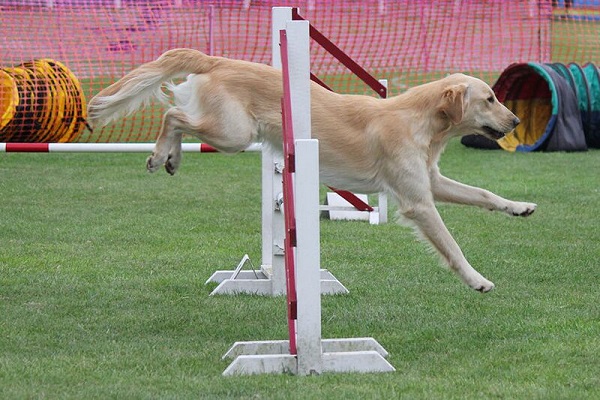 Nova is a 10 month old siberian husky who will turn 1 on 13th October 2015. He is a very laid back boy who loves nothing more than to snooze ringside at agility shows! He is currently doing his foundation training and seems to be enjoying it... particularly when his dinner is involved!!! He is very switched on and learns very quickly.

Oreo is an 8 month old Old English Sheepdog. He will turn 1 on 5th January 2016. He really is a big cuddly teddy bear but is a typical sheepie in that he is a worrier. We have been playing some mat games to build a little confidence and once he knows what earns him his treat or his cuddle he cant do it fast enough! Still such a baby but so big already!